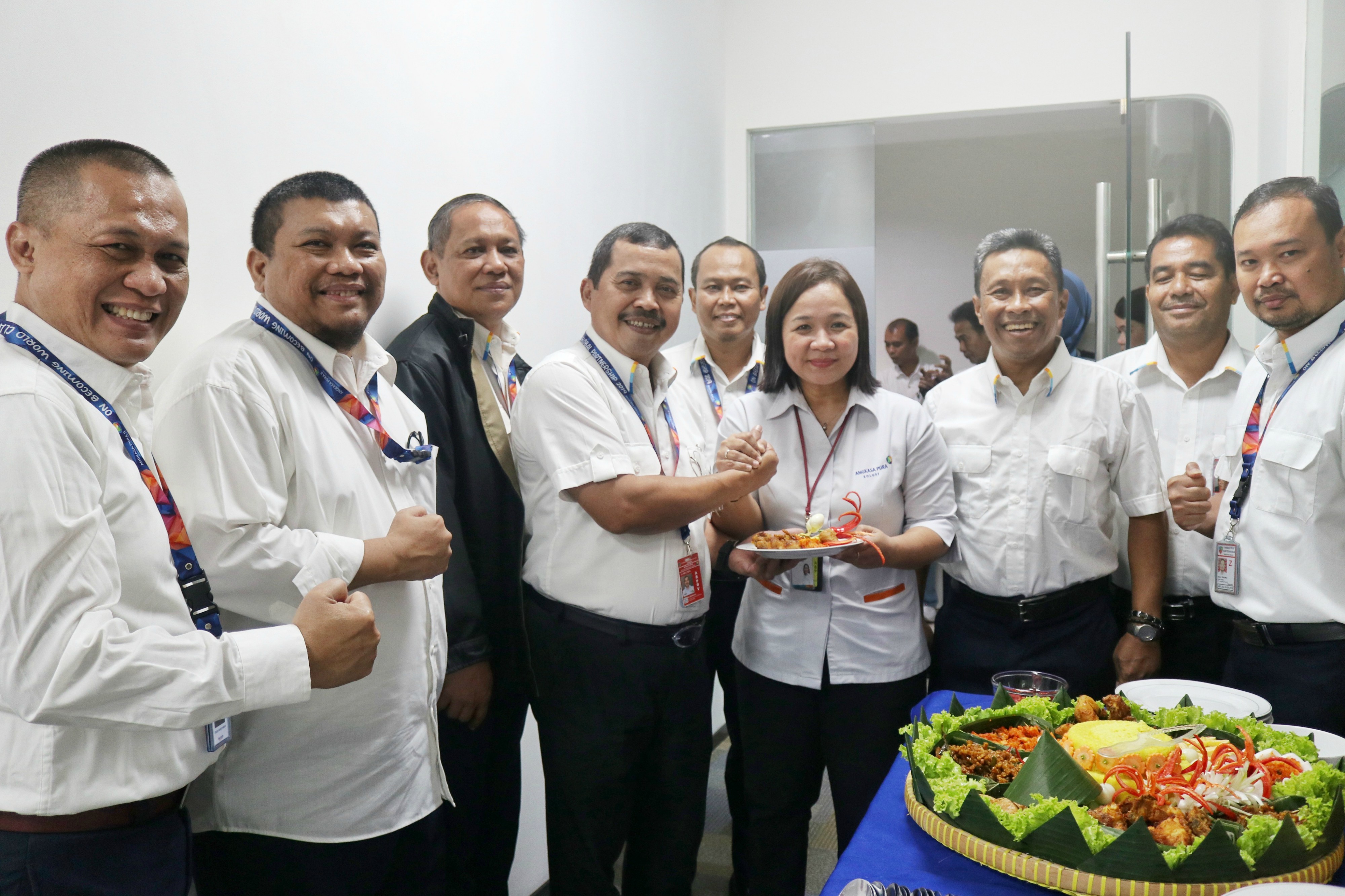 On his opening speech, Finance Director of PT. APS Sudarto expressed his gratitude for the support of all parties therefore the development process of PT APS Branch office of Halim Perdanakusuma can run well.

"The establishment of this branch office is our effort to get closer to stakeholders. Decentralization steps need to be taken so that PT. APS can more effectively respond to the needs of business partners in the branch. Hopefully through this branch office too, PT. APS can make the best contribution to the progress of the parent company of PT. AP II," He explained

The next greeting came from Executive General Manager of PT. AP II Marsma TNI Pip Darmanto who hopes that the performance between PT. APS with the parent company PT. AP II can be mutually stronger than before. "I'm sure PT. "APS can complete all its work properly and be able to provide the right solutions to face future business challenges," he said.

As a form of gratitude, PT. APS shared its happiness by inviting a number of orphans under the guidance of the Halim Perdanakusuma Baitussalam Al-Mathaar Mosque. After having a brunch together, the series of events were then closed with handing gifts for invited orphans represented by Mr. Sudarto, Mr. Pip Darmanto, and Mrs. Ronny Marlina Siringoringo.

Before placing management representatives, PT. APS has four business units operating at Halim Perdanakusuma International Airport, which are Aviation Security (Avsec), Digital, Passenger Services, and Retail. After the establishment of the branch office, PT. APS added to the management of its business in Facility Services, which then successfully delivered PT. APS achieves significant income that can support the company's overall activities.

General Manager Ronny also said that in the near future Halim Perdanakusuma Branch Office is ready to manage several large-scale work plans, one of which is related to the business that is engaged in cleaning.