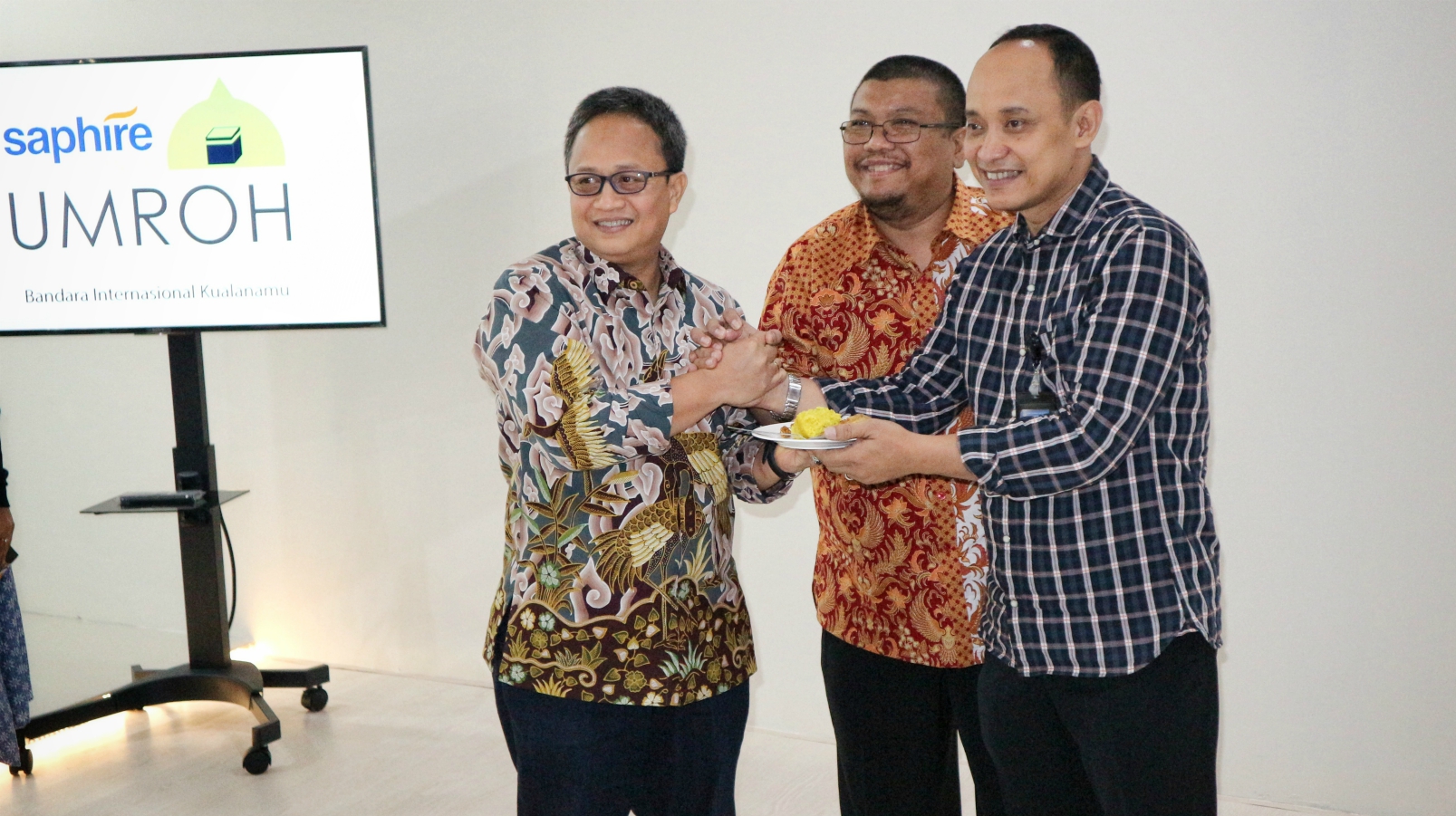 The number of pilgrims (Umrah and Hajj) passing through Kualanamu International Airport, Deli Serdang, North Sumatera, is increasing every year. In 2018 the total number of pilgrims for Umrah pilgrims reached 66,618 thousand people. That number is up compared to 2017 with 22,747 passengers. While in 2019 for the January-April period, the number of prospective pilgrims at the airport who won 4-star certification from Skytrax has reached 35,692 thousand people.

Launched on October 10, 2019, the comfortable and quiet waiting room, which became a stopover point for pilgrims (Umrah and Hajj), has a strategic location within the International terminal area, precisely on the Mezzanine Zone A. Equipped with a variety of supporting facilities, Umrah Lounge area of â€‹â€‹720 m2 with total capacity of 325 pax, is expected to meet the needs of users while waiting for flight schedules.

Oriented to the fulfillment of the comfort and convenience of passengers, Kualanamu International Airport Umra Lounge offers a variety of exclusive services and facilities that are able to pamper passenger. Prospective pilgrims can choose one of two types of rooms VIP and Regular room, by enjoying a variety of facilities, including full AC, buffet, wifi connection, prayer room, toilet, LCD, and sound system. All these facilities can be used free of charge with a maximum stay of 6 (six) hours.

In order to accommodate the needs of users more thoroughly, Umrah Lounge also equips the lounge area with other additional facilities, such as minimart which provides umrah equipment, light medicines and souvenirs from the holy land, money changer booths, and telecommunication data counters or internet packages which of course make it easier for worshipers.

Acting President Director of PT Angkasa Pura Solusi Yundriati Erdani said the company will continue to strive to meet customer satisfaction through the addition of service features at each Umrah Lounge managed.

''In order to improve services in the future, we hope to establish strategic cooperation with several stakeholders, such as Immigration, Port Health Authority Office (KKP), Airlines, and other partners Hopping to providing integrated services in one area, for all Umrah Lounges that we manage,'' she explained.

Regarding the next business plan to expand the Umrah Lounge business to other airports under the supervision of PT Angkasa Pura II (Persero), Yundriati revealed that the possibility is being studied in depth by looking at the potential, needs, and market response.

Since 2012, PT Angkasa Pura Solusi has added to the Passenger Services business portfolio, in the area of â€‹â€‹lounge management. Until now, the company has successfully managed 13 lounges under the Saphire brand and 2 (two) Umrah Lounges located at the airport under the supervision of PT Angkasa Pura II (Persero).